Czech stoners in an interview for Liman Crew

Rising Czech stoner band, Greynbownes has agreed to do an interview for Liman Crew in English.

LC: Present the members of the band and tell us how did you all meet and come up with an idea to establish the band?

Greynbownes: I`ve known Jakub since my childhood, we were schoolmates… But at this time, we were thinking about having fun and not about establishing a band… I played in a few bands since I was 14, first it was punk, than grunge… Than I moved to another city and there the idea was born about establishing a new band. Jakub moved to the same city, so he began to learn how to play the drums.  We missed a bass player, so we wrote advertisement and Martin answered. He was a little bit scared and nervous, but he was so motivated that he bought bass and amp for the first playing with us. Earlier we had another singer, but then we became just a trio and made our style clearer… Our music is more about riffs and not about singing.

LC: Is there a story why the bands name is Greynbownes?

Greynbownes: It’s a game with words, I never wanted a common name …I love oxymorons and some secrets, symbols and the name of band is a kind of a mirror of the style we play. Once I read somewhere, that grey music is a combination of white rock and roll and black blues… We love both and we are influenced by this fact. The name Greynbownes is a mixture of Grey Rainbow From Bones. I remember, that it was really hard to invent this name with some symbols, secrets, ideas… 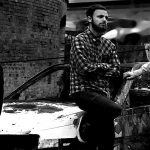 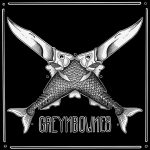 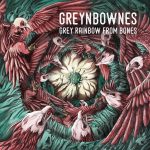 LC: Recently, you released your debut album Grey Rainbow From Bones, it`s in English, do you think you`ll make an album completely in Czech?

Greynbownes: Czech Republic is a small country, we would like to spread our music beyond the borders and we want people to understand us. Czech language is very difficult and colorful, it has big advantages in poetry which we like, but for songs we prefer English.

LC: What is the feedback from fans when it comes to your album?

Greynbownes: Now we have only good reviews, so we are happy. But we know that we must raise our music a higher and higher and there is always a need to work on it and on ourselves. 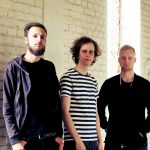 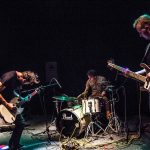 LC: What is the underground scene like in Czech Republic?

Greynbownes: In the Czech is the scene is wide, we have many labels here for many styles and many times the musicians from one town figure in more bands, so in the end mostly everyone knows each other.

LC: Do you have any plans on playing outside of Czech Republic?

Greynbownes: Yes, we would like to go to a tour, not only here, but abroad where we would like to visit countries where  our style is more supported. I think, that people in Czech are lazy to visit concerts with unknown bands or in trying to find something new, everybody likes old Czechs band, even in cover version, and it´s really sad. The worst thing that you can hear here on a concert is when some dumbhead loudly calls to you and says something like “Play something from… (some famous old Czech band). And this is cruel reality except for underground.

Greynbownes: There are  too many great bands, it is not clear to say which one is the only one favorite… With band we listen to music together when we are in the car on the road to concert or somewhere. I remember, that in car we played those albums: Truckfighters – Gravity X, All them witches – Sleeping through the war, 1000 Mods – Repeated Exposure To…

LC: One band you would like to play with is?

Greynbownes: Rather than playing with some band, we would like to play at the Desertfest, this is a music festival in Germany and England where many great bands play. But more importantly it is not playing with someone that matters, but playing for someone. The great crowd of fans make every performance better.

LC: Are you thinking of making and selling merchandise (badges/T-shirts/patches/stickers)?

Greynbownes: A year ago we made DIY bags, the quality was not great, but we enjoyed the making process and we were happy from some advertising goods. Now we have an album that can be bought in the digipack form, also we have stickers and our other plans are for LP (vinyl), professional bags and t-shirts in the future.

LC: Do you have any words of advice to young people who are thinking of making a band?

Greynbownes: Do not be afraid to experiment. Find somebody with more experience and some contacts, play, exercise, and go hard for that. Don´t give up, every dream you have can be killed only by your laziness or indifference.

Thank you for your time!